How many languages do you know? How multilingual is your town or city? Want to discover some language secrets?
Join us for this fun and creative workshop where we’ll explore our lives through the languages we know (and those we don’t!). This creative arts workshop will explore participants’ own lives based on their experiences of different languages – hidden, made up, spoken at home, taught, displayed around them – and respond to secret languages that surround them.
Think you know only one language? You might be surprised! You’ll take part in a few drama activities as well as having the chance to do some artwork and play games. Come and uncover secret languages and language secrets with us! 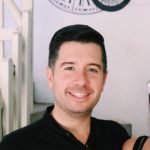 Daniel Tyler-McTighe is the Director of Creative Multilingualism’s Multilingual Performance Project. As a theatre-maker he has created work with, by and for young people and community groups at the national theatres of Spain and Korea, Warsaw Palace of Culture and many UK settings. His professional theatre-making work to date has included: Shakespeare adaptations at Shanghai International Experimental Theatre Festival, Almagro Festival in Spain, Bristol Shakespeare Festival and Madrid Fringe Festival, the Arts Council England-funded tour of a new play about his Anglo-Indian family’s history Between the Two, Rent, Little Shop of Horrors, Joseph K, Misery, The Maids, Hedda Gabler and Fantastic Mr Fox. His many youth theatre directing credits include the world premiere of Girls Like That by Evan Placey, 1984 and The Ramayana.
The exciting Multilingual Performance Project (MPP) showcases and celebrates the multilingual nature of schools and demonstrates how multilingualism can interact creatively with teaching in the classroom, promoting both taught languages and the use of community languages. The project will span across England and Wales and will run until the summer of 2020. We are establishing relationships between schools and their local theatres, who are supporting these multilingual performances and workshops such as Hampstead Theatre in London, Birmingham Repertory Theatre, Prime Theatre in Swindon, Hull Truck Theatre, and Wales Millennium Centre in Cardiff.